These are spicy chilies stuffed with a spicy potato mixture, dipped in chickpea flour batter and deep-fried...this snack is for those who can handle the spice on their tongue and the smoke out of their ears. 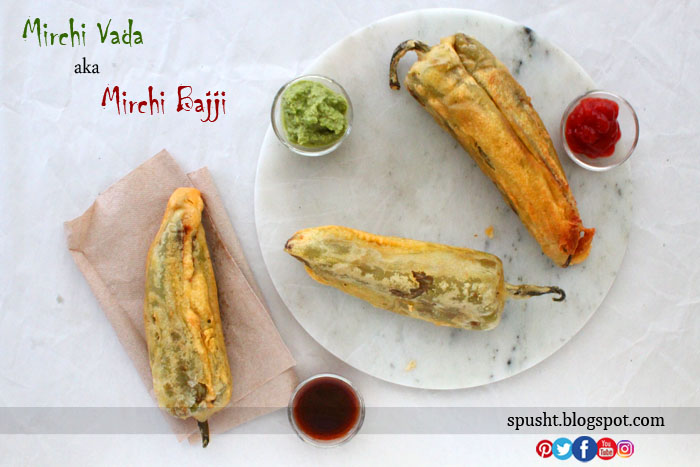 There are different types of green chilies and green peppers.  First, let's get the confusion out of the way.  The bird's eye chilies (aka Thai chili) you see in the picture are you regular green chilies that you add to food for the spice level.  The green bell pepper is also known as capsicum and is not really spicy on its own.  Jalapeño is a medium-sized chili pepper; it is not common in India and is usually known as the Mexican green chili.  The fat long green chilies called Poblano Peppers are the ones you are supposed to use for Mirchi Vada.  These are known as pakora mirchi ... in order to make mirchi pakora.  No kidding. 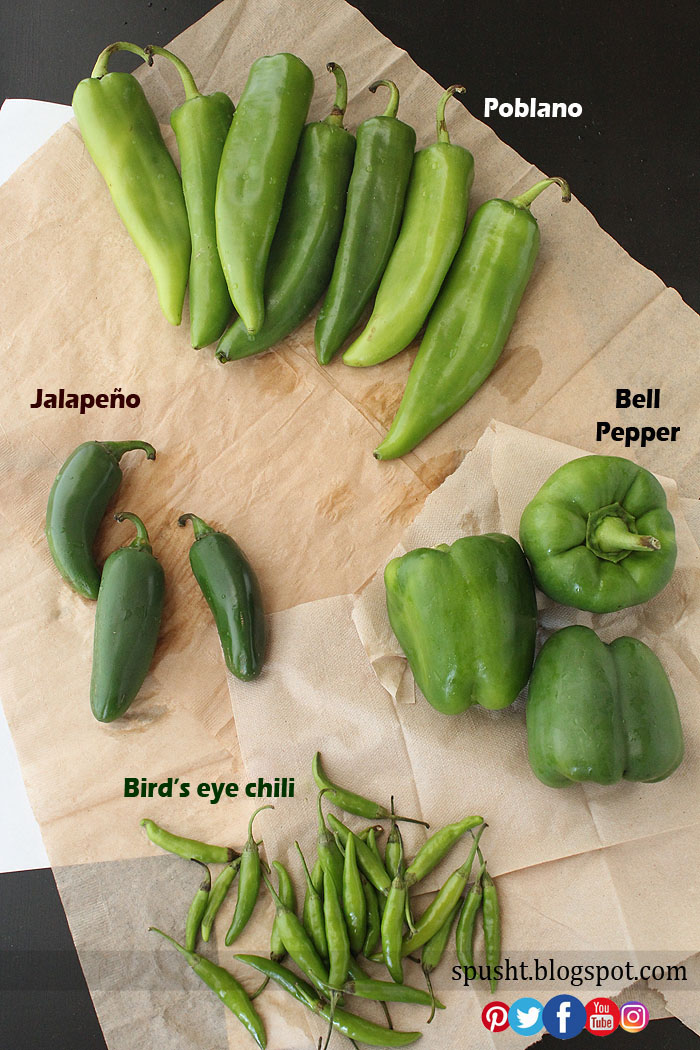 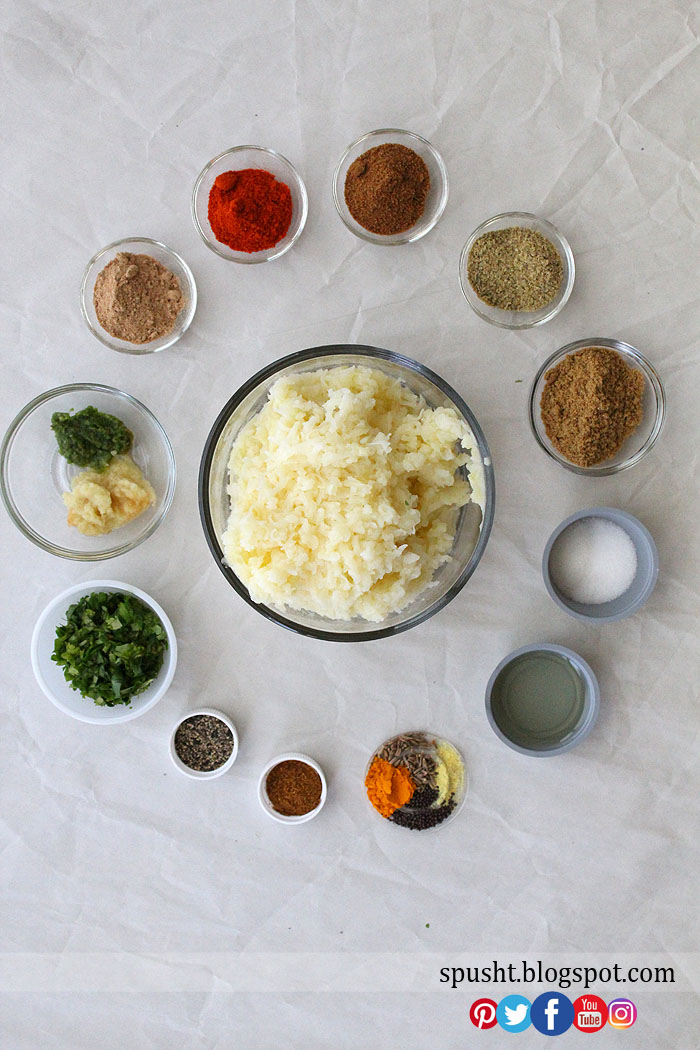 Prepare Chilies:
Wash green chilies well, don’t chop the stem.  Make long slit on green chilies from head to tail without cutting across.  Using a spoon, gently scoop out and discard the seeds.  Steam cook the chilies in steamer for one minute.  Then rub a tiny pinch of salt in the inner side of all the chilies and keep aside to let it cool and prepare the stuffing.
Blunder Alert! Avoid steaming over 2 minutes otherwise the chilies become too soft to handle.

Prepare the Potato Stuffing:
Heat oil in pan, add mustard seeds, let pop, add cumin seeds, let sizzle, add asafoetida + turmeric powder + ginger paste + green chili paste, stir for few seconds, then throw in all the remaining ingredients for the stuffing.  Mix well until combined and looks like a thick paste.  You don't need to overcook the stuffing since the potatoes are already parboiled and the stuffing will be deep-fried anyway. 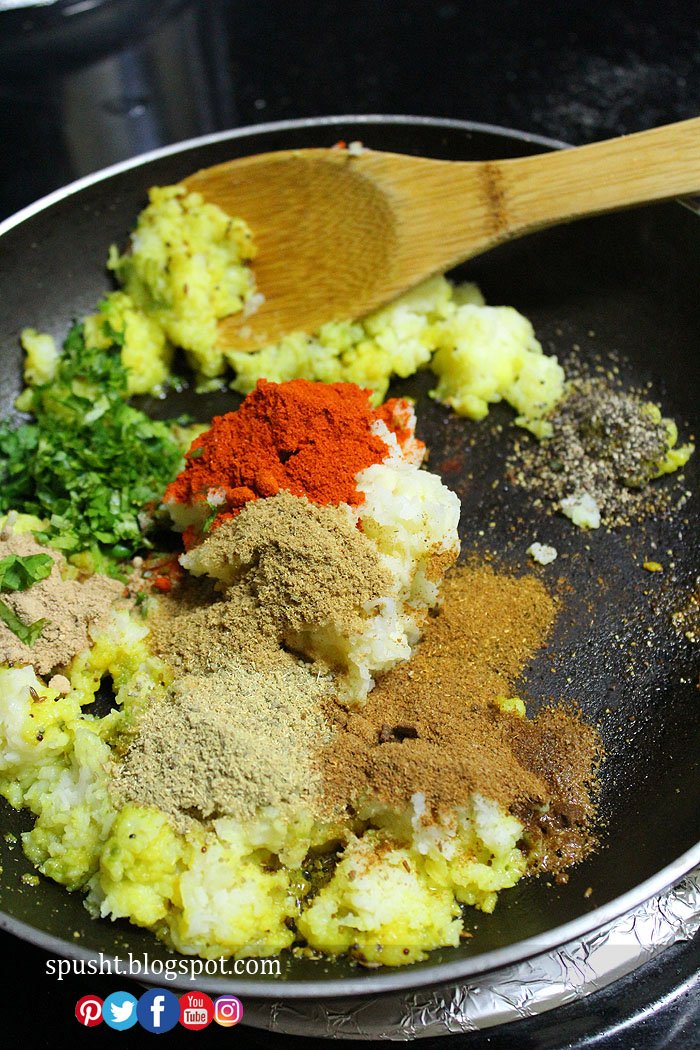 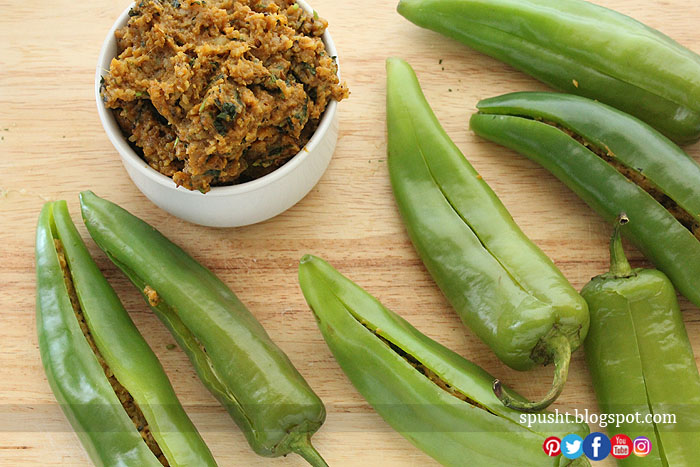 Prepare Batter:
Combine all ingredients of batter and make a thick paste of dropping consistency using minimal water 1 Tbsp at a time.  Whip well to make batter light.  If you’ve made the batter too thin, add more chickpea flour.  You need thick batter.
Blunder Alert! See the thin batter that coats my poblano peppers?  Not the right thing.  My batter should have been thicker and so should yours! 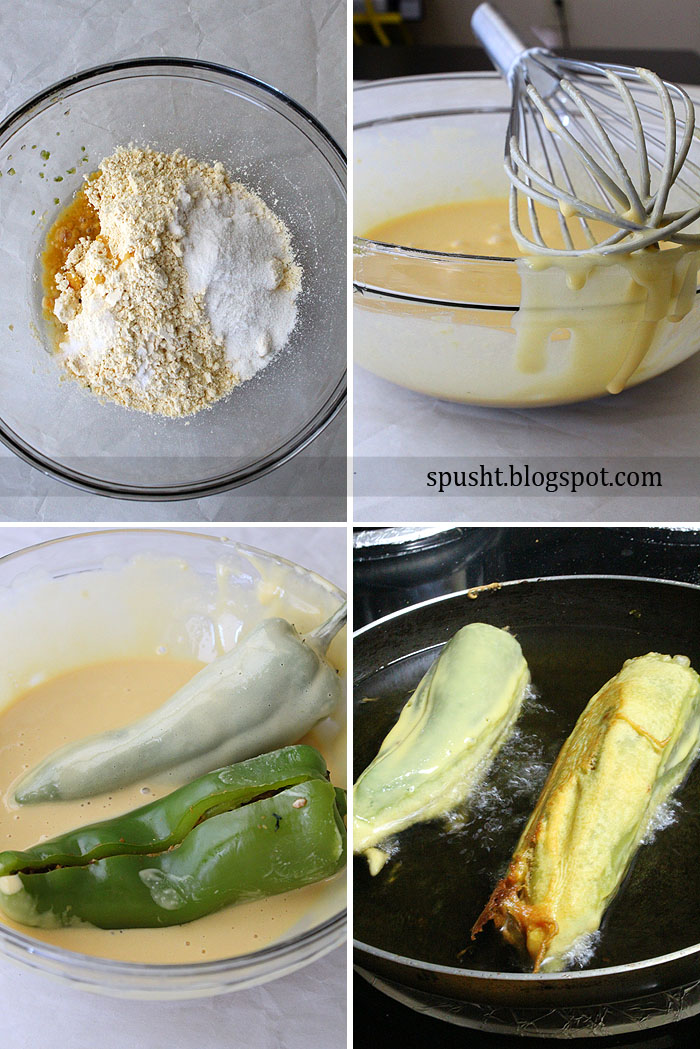 Prepare Mirchi Bhajjis / Mirchi Vadas / Mirchi Pakodas:
Heat sufficient oil on medium heat in a wok or frying pan to fry all the chilies.  When oil is hot enough, dip each stuffed chili inside the batter, and gently place in oil.  Rotate to fry all the chilies equally on all sides until golden-brown.  Drain on paper towel/absorbent paper. 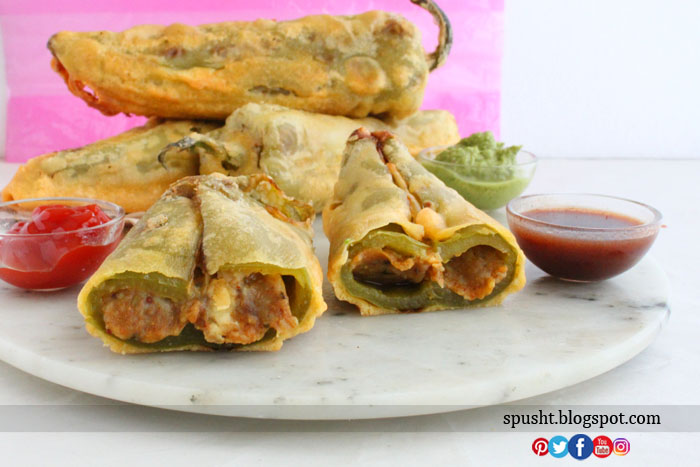 Serve Mirchi Bhajji / Mirchi Vada / Mirchi Pakora:
If making for a party, it’s better to keep the stuffed chilies and batter ready, then dip and fry when ready for appetizers.  Or half-fry them once, let drain on paper towel, then fry again just before serving.  Serve the mirchi hot with green chutney, tamarind chutney, or ketchup. 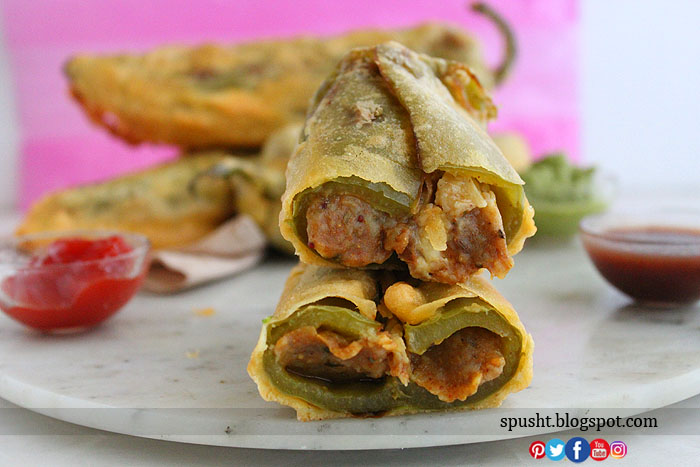 I like to eat yogurt/curd alongside; the cold and bland yogurt helps soothe the spiciness on tongue.  Keep some Kleenex handy.  It’s no fun eating mirchi bhajji without the runny nose and blazing tongue  =)
cetaphil body wash
another body wash